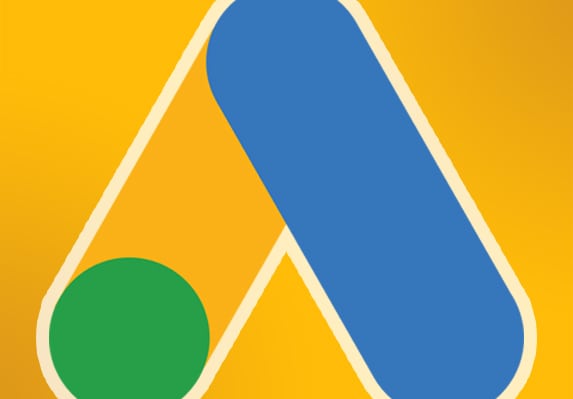 Like that green dot, I felt my heart sink a bit when I read the news. I don’t know why. I know that the name AdWords makes no sense anymore. You think Google search is seriously big? Sure, it is, at 5 billion searches per day!

But this is still only a fraction of the entire Google advertising universe. The GDN (Google Display Network) dwarves search ads in comparison many, many times over in terms of audience reach, with ads shown on millions of sites, plus serves video ads and text ads on YouTube. And then there’s Double Click, and the suite of products that Digital Marketers use. It’s not just about “Advertising on KeyWords” anymore. So, I get it. “Google Ads” for a name makes much more sense.

When I started using AdWords, it had a green header on top and I could sum up the entire platform into 6 tabs: Home, Campaigns, Reporting, Billing, Account and Opportunities (which got added in a little later). All they had under those tabs were a basic graph, stat tables, and to setup, a bunch of form fields and those grey 3D buttons that everyone was used to.

I guess we thought that the platform’s usability was great at the time, but thinking back now, it was incredibly clunky! But fundamentally, it was pure genius.

Not only was it a system that gave the opportunity to anyone with a few dollars and some computer skills to advertise their business easily and instantly to the whole world, but a system that only charged you if you got a tangible result: clicks to your website.  And, more importantly, the system rewarded you with lower click costs if Google could see, over time via real statistical metrics, that Google’s users liked your ads and business.

Over the years, AdWords has grown so much. So many moving parts. So many more things you can control. When they added the Display Network I recall we got so excited about it we talked about it for days at the company where I worked.

Other big changes were the introduction of ad extensions, the launch of AdWords Editor, the launch of Product Listing Ads (later renamed Shopping Ads), the rise of Mobile and Google Maps, the changes to the way Google Ads were shown as different from organic results, and now, looking almost the same. The ditching of the right-hand column, usefulness of the Shared library, the new AdWords Editor, more ad extensions, and literally hundreds of features added to the platform to make it the sophisticated digital marketing spaceship it is today.

When Google launched the the new UI, or “The New AdWords Experience” as they call it, a lot of us complained, saying it was a dumbed down version. “Why fix something that’s already so great?” people cried. “Where is this? Where is that? Why Google, Why?”

But I must confess. The new UI is fast! It takes me a fraction of the time it did to get to places in the platform I need to go. And then there’s the keyboard shortcuts to boot! Everything is a single or max 2 clicks away and switching between accounts is like switching between tabs.

This new UI doesn’t handle so well on mobile devices, but maybe their new AdWords mobile app will rock… sometime in the future…. hopefully soon.

If you haven’t fallen in love with ad extensions yet, it’s well and truly time. Ad extensions add lines to your text ads on the prime real estate of the digital marketing world, Google’s SERPs (Search Engine Results Pages). Using more extensions means your ads look bigger, more descriptive, and result in high click-throughs. Plus, it’s a great way to add “something for everyone” as they say, so that any one of the many bite-sizes messages in your ad answers a question the user may have and compels them to click.

Google‘s Shopping ads have really given ecommerce a huge boost, with those compelling product images, price and review stars that show up above the text ads (or on the right hand side sometimes). They convert at mad high conversion rates and are extremely profitable. And so easy to setup compared to before.

The new Shared Library is brilliant, with the many aspects of account management all stored in one place, easily accessible and easy to apply across. Where you can find all your remarketing and custom audiences, bid strategies that you then apply across campaigns and see how the bid strategy performs over time, budgets that you can apply to multiple campaigns, and exclusion lists.

I’m not sure why the AdWords Editor, after so many years, is still unable to have Negative Lists in the Shared Library. These are mysteries only Google can solve. But I can say for sure that we – the PPC geeks of the world – have loved the Shared Library since the day it launched.

And how about them Automated Rules! Powerful for putting AdWords to work when you’re asleep. They automate your daily manual work of checking for and cleaning up poor performing keywords or ads and get notifications when it runs if you choose.

I could go on. Feature after feature, control after control. AdWords just keeps growing and keeps getting better.

And I like to think I’ve been part of its growth. Contributed maybe, like so many others like me, with all the frustrated (and sometimes super impressed) feedback I sent to Google Support. And just hacking away at the platform day in day out for years on end.

I watched it crash a few times. I logged in on unscheduled maintenance a few times, with the silly robot with the spanner in his hand looking like he’s trying to put himself back together again. 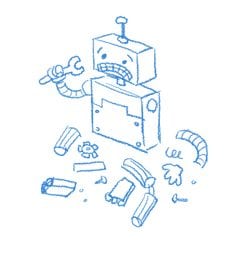 I love jumping at every new feature, trying it, testing it, pushing it, fighting with Google support about it, or posting about it.

Google AdWords has literally been the first thing I see in the morning and the last thing I see before going to bed (don’t tell my wife!) for a decade now! AdWords has not only been a livelihood, it’s become a sort of identity almost. We were AdWords experts.

And now. No more AdWords.

Google has really stepped on the changes pedal the past year. The new UI, new campaign types for ecommerce customers, the 360 Suite. And now a total re-brand!

I wonder what else Google has planned up its sleeves…

Samar Jit is a Google Ads and PPC specialist at Duoplus. He has worked with Google Ads since its infancy in 2002 and geeks out over all things related to PPC, analysis and performance tracking.